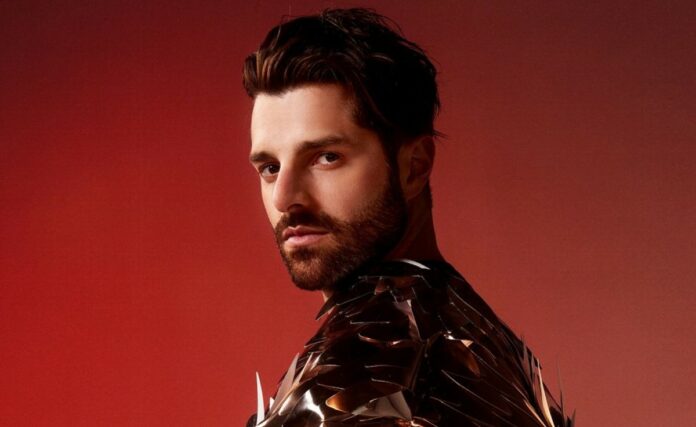 The disco-inspired house track is guaranteed to get feet moving, hips swaying, and heads rocking, and is available now on all DSPs and streaming services HERE, with an official music video on the way.

“I’m a big fan of James’ style and had a great time making this track with him. Hope everyone enjoys it” – Alok

Music fans around the world may feel some nostalgia from the sample used in “Work With My Love;” recognizing it from having also been used in The Shapeshifters’ 2004 hit “Lola’s Theme,” which topped the UK singles charts and was nominated for “Best British Single” at the 2005 Brit Awards.

The muffled disco horn sample crescendos into James’s silky, soulful voice, as he croons about an impossible love. Alok’s masterfully constructed disco and house sounds keep the track modern and fresh while the retro brass motif lays a consistent foundation in the background that ties all the sounds together.

The high hats give it an uplifted, light quality and energized feel, while low synth notes keep the beat grounded and groovy. As James repeatedly asks “Can you work with my love,” he invites us to compromise and meet halfway on the dance floor of life.

“As soon as I heard the iconic sample…I was in and keen to be involved in the track. Alok and I have attempted to work together previously so I’m super happy we’ve managed to create this massive tune.” – James Arthur

“Work With My Love” is Brazilian superstar Alok’s first single of 2023 following a slew of releases to cap a highly successful 2022, which was highlighted by him being crowned No. 1 DJ in Latin America and #4 in the world by DJ Mag and the launch of his “The Future Is Ancestral” philanthropic event series.

The remarkable inaugural event brought his climate change initiatives and partnership to the United Nations’ Global Compact and helped kickoff New York’s Climate Change Week with a series of panels and a historic, first-ever performance on the rooftop of the United Nations headquarters.

Alok’s musical successes in 2022 were also unmatched, with “Deep Down” staying at #1 on Billboard’s Dance charts for weeks while his dance pop anthem “All By Myself” with Ellie Goulding and Sigala flooded radio waves around the world.

With a remarkable 70 million social media followers, the music producer and philanthropist continues to build on his legendary catalog, which already includes global hit singles like “Hear Me Now” and his chart topping remix of MEDUZA’s “Piece of Your Heart,” for which he won “Best Remix” at the 2020 International Dance Music Awards.

Known for his soulful, indie-folk sound centered on ballads of love and loss, James Arthur rose to prominence after winning the ninth series of The X Factor. His debut single, a cover of Shontelle’s “Impossible,” was released after the final, and debuted at number one on the UK Singles Chart.

Since then, it has gone on to sell over 2.5 million copies worldwide, making it the most successful winner’s single in the show’s history. Arthur’s other chart-topping tracks include “Say You Won’t Let Go,” “Naked,” and “Rewrite The Stars” with Anne-Marie [from The Greatest Showman: Reimagined], which have over 5 billion combined streams across platforms.

You may find lyrics to “Work With My Love” HERE.