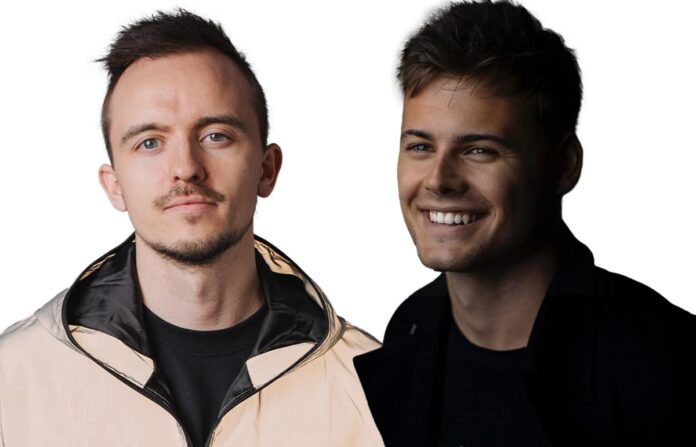 Since playing the piano for the first time at just 4 years old, Mike Williams knew he had a place in music. Eventually saving up to buy his first DJ gear at twelve, the producer evolved to breakout success, going on to release on labels such as Musical Freedom, Universal, Future House, and more and collaborate with the likes of Tiësto, Hardwell, R3Hab, and LUM!X.

Honing an electric and energetic style at global festivals such as ULTRA, Parookaville, World Club Dome, and Mysteryland, Mike Williams is known for breakthrough hits such as Feel Good with Felix Jaehn, which currently sits at over 156M Spotify streams and received support from the likes of Blasterjaxx, Timmy Trumpet, Dimitri Vegas & Like Mike.

This past year saw an extensive tour throughout the US, Canada, Asia, Europe in addition to global hits such as Lullaby with R3HAB that amassed over 204M Spotify streams.

Meanwhile, GRAMMY award-nominated DJ and producer Tungevaag first made waves with his 2014 no.1 hit Samsara, which currently sits at over 174M Spotify streams.

Since then, the Norwegian artist has achieved platinum status across Germany, Austria, Italy, Sweden, and more, amassed over 1B Spotify
streams in 5 years, and landed a #81 position in DJ Mag’s coveted ‘Top 100’ list.

The DJ’s powerhouse style and Big Room attitude has led to collaborations with the likes of KSHMR, Lucas & Steve, Bassjackers, Blasterjaxx, Brennan Heart, Da Tweekaz, Jay Hardway, Sick Individuals, Kid Ink, and Rich The Kid in addition to features across labels such as Warner Music Sweden, Spinnin’, Smash The House, and Future House.

The stars now align for the DJ veterans to embark on their first collaboration, a powerful pop gem with euphoric drops. Featuring catchy hooks, uplifting piano stabs, and full-hearted breakdowns tinged with the perfect amount of ‘now or never’ spirit, ‘Dreams Come True’ is a breathtaking force of both Mike Williams’ and Tungevaag’s kindred talents. It’s obvious in the jubilant chords and stirring production that their dreams really have been coming true these past few years.