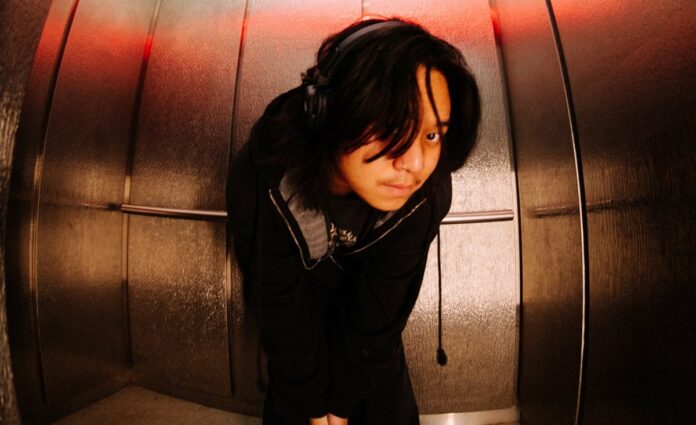 Knock2 is ready to crank up the heat once again with his latest offering “Make U SWEAT!,” the latest single pulled from his forthcoming sophomore EP, ‘ROOM202,’ due out on NIGHTMODE.

The show-stopper from San Diego has been on a roll as of late. He’s been enjoying an incredible hot-streak on his second home with NIGHTMODE, which started off last year with his previous single “PARANOiD,” a white-knuckling bass house cut that saw him making a bold move into a more melodic-oriented space than usual.

He followed up that effort superbly a few months later with the scorching “getting’ hott.” Closing out the year, Knock2 took the people back to square one by relaunching his label debut with NIGHTMODE in the form of an extraordinary VIP of the ubiquitous “dashstar*.”

The Asian American producer has been hitting all the right notes so far, and he’s currently plotting his way towards his highly anticipated ‘ROOM202’ EP on NIGHTMODE.

His new single “Make U SWEAT!” is another instant bass house classic that raises the temperature with its infectious melody lead, shuffling drums, futuristic sound design, zany vocal chops, and a playful energy that will leave crowds soaking wet. Instantly familiar vocals anchor the track while massive synths and risers build the anticipation to an apex.

The playful lead bounces over the percussion, creating a dancefloor ready anthem that will have fans shuffling with force. Motivating vocal loops and siren-like synths up the ante before the track’s final explosion.

The closing crowd chant provides a full circle moment for fans who have been eagerly anticipating the release since he appointed it as the official opening selection for his sold-out sets around the world. Captivating, vibrant, and undeniably fun, “Make U SWEAT!” has all the ingredients for another Knock2 breakout hit.

“This record came about when I was planning and preparing for my debut headline show in LA. I wanted to open the show with a new song that was going to encapsulate the entire energy and vibe of the show, and it did just that.

Once I released the set of the show online and started opening all of my shows with it, the response has been so rewarding and unbelievable, with the crowd singing the melody line and going crazy, from San Francisco to Japan to Salt Lake City.”—Knock2