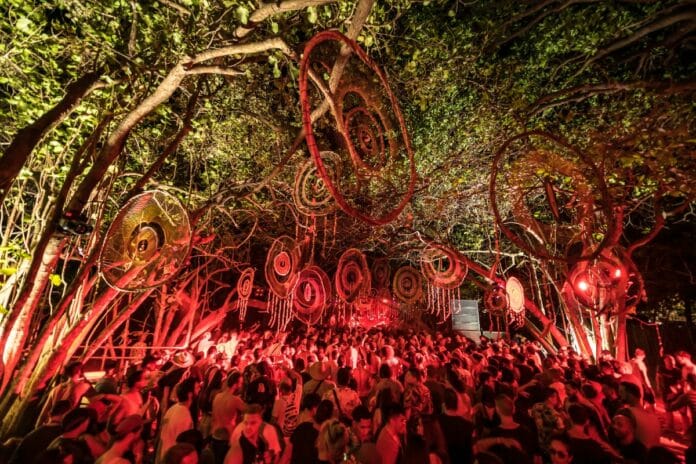 The BPM Festival: Costa Rica has officially unveiled its full 2023 lineup and daily schedules in anticipation of its fast-approaching sophomore edition taking place at the end of the month.

From Wednesday, January 25th to Sunday, January 29th, the highly-anticipated and globally-renowned festival is slated to make its grand return to the idyllic beaches of Tamarindo, Costa Rica since its debut edition in 2020.

Preparing to offer 5 days of non-stop entertainment, BPM Costa Rica reveals 90+ world-class names from the corners of techno and house.

The BPM Festival: Costa Rica is making an emphatic return with a highly-anticipated weekend of revelry at their flagship spiritual home.

Maturing from a small-scale gathering for industry professionals into a go-to destination for music lovers all over the world, BPM remains true to its roots, and for its next venture, fans can expect their signature decor and cutting-edge production, as well as a few firsts for the illustrious brand.

Following their successful debut during the inaugural edition of BPM Canada in 2022, Neverdogs’ Bamboleo, Yaya’s Tamango, and Carlo Lio and Nathan Barato’s Rawthentic will be teaming up for a collective showcase that is set to give guests a taste of what each label has to offer.

Fast-rising Miami-based experiential event concept Hurry Up Slowly and Toronto-based venue Soluna, both of which also made their BPM debut in Toronto, will be presenting their respective BPM Costa Rica showcases for the very first time. Additionally, the 5-day festival will feature a selection of special showcases that are slated to make their BPM debut, including From The South, a curated takeover from Manchester outfit Mason Collective’s MVSON, and Qlub.

The BPM Festival has partnered with TULU Travel, offering 4 and 7-night full-service accommodation packages at several hotels situated within the heart of Tamarindo.

Sold separately from festival passes, travelers can still choose between the iconic Hotel Diria, the adults-only Jardin Del Eden, the chic Wyndham, and the Cala Luna; one of the only hotels in Guanacaste that remains green throughout the year.

For those looking to attend the sophomore edition of the renowned BPM Festival: Costa Rica, single-day, 3-day weekend, and 5-day passes are available for purchase now.