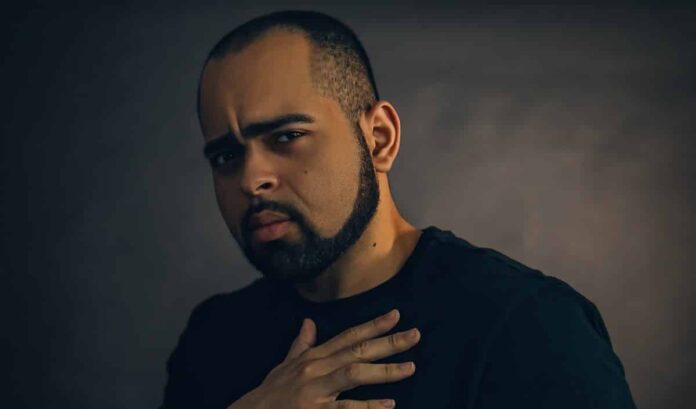 Invigorated by the steady heartbeat inherent to Reggaeton music, Lonelez’s take on “Willow” has resonated with over a million listeners across the U.S. and South America who have found themselves infatuated with the seamless fusion of Latin Music with the once soft folk-pop hit.

We caught up with Lonelez to learn more about how the remix came about, making latin remixes and plans for 2023.

Aditya – Hello, we’re glad to have you for this interview. Happy New Year! How was the last year for you?

Lonelez – Happy new year! 2022 was an interesting year. Mostly because I concentrated more on my original music than my remixes. I released one original song in April, “Como David,” so I channeled all my focus and energy towards that from then to around late August. It was in early September that the Willow remix started to go viral again on TikTok, and with all the buzz behind it I found the energy to start remixing again late in the year.

Aditya – ‘Willow’ remix released in 2020 has an intriguing take to it, what’s the creative process behind it?

Lonelez – I wanted to give it a Latin touch. If you listen carefully, the original song already has a Latin vibe to it in its guitar arrangements. I decided to speed it up a bit, add a strong bassline, as well as different types of drum sounds and effects. While it’s a reggaeton track at its core, the remix has elements ranging from Arabic drums to Vallenato/Cumbia-inspired instruments. Nevertheless, while the remix sounded good on its own, I felt like it was missing something. That’s when the idea of mashing it up with Wisin and Ozuna’s acapellas came to mind. That was actually the hardest part too. Because those original acapellas were in a different key and followed different chord progressions. It was a long and tedious process making each word follow Willow’s own chord progression. But I think it paid off. It’s incredible the love and support the remix has received and even Wisin himself has acknowledged the remix.

Aditya – The track went viral not once, but twice, how’d that happen?

Lonelez – The first time it went viral in late 2020/early 2021, it kind of came out of nowhere. One day the video on Youtube had around 400 views, and the next it was at 10,000. And it just kept going up from there. Twitter was the first social site that started pushing the remix. Everyone was tweeting about it. I remember there was one video tweet that only played the part of Ozuna in the remix, so everybody started to think it was real. Because it sounds so real. To the point that news sites started speculating that Taylor and Ozuna were cooking up an actual remix. That short clip alone had almost 300,000 views in a single day. Then the YouTube video was getting shared on Facebook and on Taylor Swift fan pages. Thousands of posts. It had reached TikTok but it wasn’t as big there, yet. Yeah, the first time it went viral it was through Twitter, Facebook, blogs, and news websites around the internet. Videos on Twitter started popping up of buses in El Salvador playing the remix. It was on the radio! There was a video of a guy at a supermarket in Brazil, and they were playing the remix over their sound system. At a bar in Spain. Fans even started a petition online asking Taylor to release the remix on streaming platforms. It was surreal.

By the end of 2021 the hype had slowed down a bit, but the remix was still being tweeted about nonstop. Then came the 2022 VMAs. Someone recorded Taylor dancing to a J Balvin song at the awards show and uploaded it to TikTok using the Willow remix. The rest as they say is history. That TikTok went viral and from there came many more viral TikTok videos. Some of Latin America’s biggest influencers started using the sound and even more videos started popping up of the remix being played at clubs and parties. Taylor Swift herself even liked one of the TikTok videos. Then Wisin & Yandel made their own TikToks with the remix. And then Wisin even tweeted about it on his personal account, becoming one of his most high-performing tweets of all-time. It entered the Shazam charts in various Latin American countries, so that was also surreal. Brands like Dairy Queen and CBS Sports made TikToks with the sound. It’s crazy how far it’s reached.

Aditya – The track has amassed over a million streams on YouTube, how do you feel about that?

Lonelez – I feel super grateful. I love making remixes, so seeing so many people enjoying it and having fun with it is a beautiful thing.

Aditya – You’re known for your latin remixes and mashups, how long have you been doing it?

Lonelez – I’ve been producing remixes since 2015.

Aditya – How do you manage to fuse multiple genres on a latin beat? Anything you’d like to share?

Lonelez – It’s a necessity, in order to stand out. There are so many remixes out there, and one of the main complaints in general when it comes to Latin urban music like reggaeton is that it all sounds the same. The same beat. So I like to incorporate different genres and styles to make it different. I also enjoy all types of music. I can go from listening to Frank Sinatra to Daddy Yankee to Amr Diab in a single playlist, haha. So I’m influenced by a lot of different genres of music.

Aditya – You have enormous remixes & mashups under your belt, which is your favorite and why?

Lonelez – You know, while a tough question indeed, since I love all my remixes, but I do have a favorite. It’s my remix of BTS’s Dynamite with J Balvin. It’s a fully original instrumental full of acoustic and electric guitars with a very upbeat Latin drum pattern. It’s my favorite because it sounds so organic. I blended J Balvin’s acapella with the remix akin to the Willow one, so it also sounds like he’s actually on the song.

Aditya – You’re a music producer, recording artist, photographer, and graphic designer, you’re an artist in all senses. How do you manage that?

Lonelez – I don’t know, really. Seriously, even I ask myself that question, haha. What tends to happen is that they all coalesce into one thing. Most if not all of my songs and remixes I’m the one designing the art, etc.

Lonelez – Hopefully making more remixes that truly speak to me. What I did a lot of in 2021 after the boom of the Willow remix was taking a lot of requests. Say, someone in the Youtube comments asks me if I can remix or mash up Artist A with Artist B. I had a lot of requests. There are some that ended up on the channel and others that won’t see the light of day. Mostly because I wasn’t happy with the end result. When I do a remix organically, say, out of curiosity, or the idea just comes out of the blue, those remixes tend to always hit the right chord. That’s how the Willow remix came to be.

Aditya – Lastly, if you were to collaborate and produce a Latin tune with any of the singers, who would it be and why?

Lonelez – Hundred percent it would be Taylor Swift. Her music is amazing. And she flows so well over Latin rhythms. That would be the collab of a lifetime.