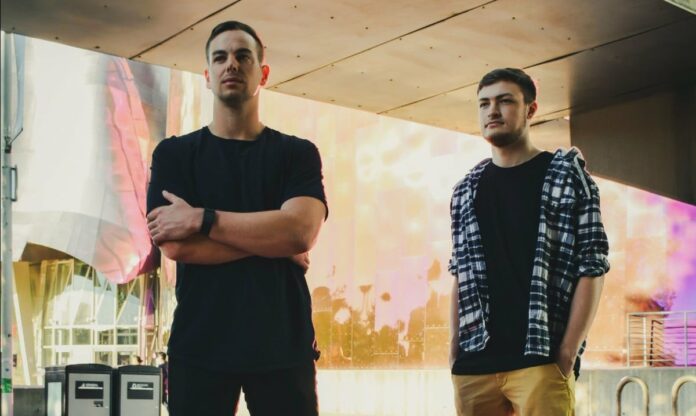 Seattle-based production duo Modera have been on a rapid rise since embarking on their musical journey in late 2020.

On a mission to combine orchestral scores with melodic house, the duo make their stunning Purified Records debut with ‘Between The Line’s Feat. Lewyn, featuring an official remix by label regular Paradoks.

Creating moments of magic in sets around the globe, ‘Between The Lines’ exudes a poignant atmosphere from the outset. Combining delicate instrumentals with Lewyn’s emotive vocals, the track dives deeper with raw bass and fluctuating synths. Taking the original into a club dimension, Paradoks incorporates minimal basslines and groove-inducing elements, keeping the vocals and atmosphere intact throughout his highly-anticipated remix.

With a clear vision of what they want to put out into the world of dance, in a short time, US duo Modera have built an impressive resume with recognition from some of the most influential names in the industry.

Their creations have been supported by artists such as Nora En Pure, Tritonal, Sultan + Shepard, Ferry Corsten, Nicky Romero and many more. Finding homes for their releases on some of the most in-demand imprints, the duo have also received regular support from SiriusXM Chill and BBC Radio 1. Working in perfect harmony and finding their niche within the scene, Modera continue to flourish with every step they take.

Chartering releases on imprints such as Purified Records, Stil vor Talent and Parquet Recordings, Swiss/Belgian producer Paradoks has amassed millions of streams with his touching cuts, including Awake, Floating, Sense Of Wonder, Sirens Of Love and most recently, New Beginning.

Touring all over the globe, and receiving support from the likes of Pete Tong, Tale of Us, Nora En Pure, Tiësto (VER:WEST) and many more, he has been on a steady ascent over the past five years. Combining his love for club culture with his classical and melodic sensibilities, Paradoks is determined to explore every fibre of his sonic identity over the course of 2023.