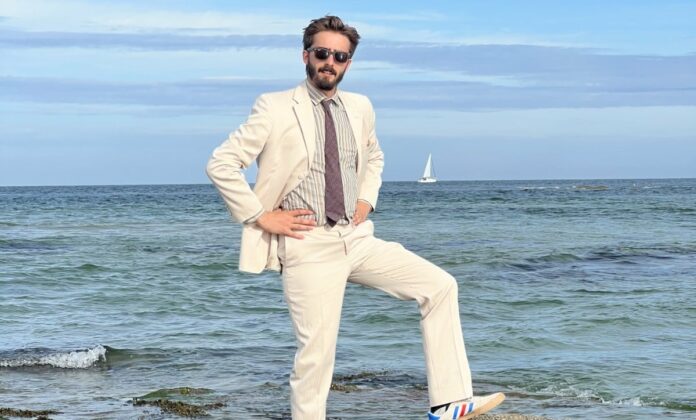 French producer Georges continues his meteoric rise in the nu disco world with the release of ‘Bingo Georges’, his new EP on AOC Records.

After a string of successful singles including ‘Carton Plein’, ‘Cheers’, and ‘Bingo Starr’ – a cult hit which has already garnered over 65,000 streams globally – Georges is unveiling the entire Bingo Georges project, a unique universe to which only he holds the keys.

Bingo Georges is bursting with disco-soaked nostalgia, from the euphoric piano and soaring guitar solos of ‘Hear’ to the four-to-the-floor stomp of ‘In The Grid’. From front to back, this is an EP that puts Georges’ talent for an earworm on full display.

Accompanied by his groovy bass, his keyboard, and his natural glibness, Georges combines genres of house, jazz, and disco together with natural flair. After his first solo EP ‘Cagnard’ , he followed up by releasing his joint EP ‘Contrasts’ in collaboration with renowned producer Bellaire.

The French talent later signed with UK/Dutch funk label Boogie Angst, and then came 2021’s ‘Sights’ EP, from which point continued building an increasingly large fanbase with over million streams across all platforms.

The anticipated EP release will be supported by a fittingly offbeat launch party at Le Mazette Paris on January 27, 2023, at which Georges is set to debut a brand new live show backed by animations that crystallize his quirky talents.

With the release of his new EP, Georges is confirming his place at the forefront of the electro scene.