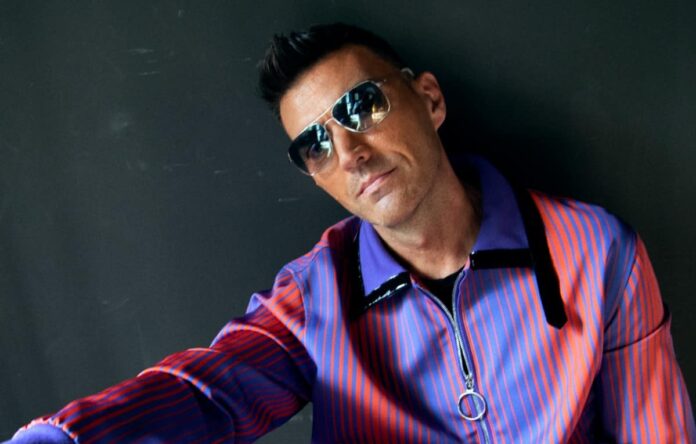 Following a massive start to 2023 with a rework of his track I’m Good (Blue) from David Guetta and Bebe Rexha that returned to top the global charts after 25 years, Gabry Ponte releases single ‘Dance Dance’ (feat. Alessandra) via Spinnin’ Records.

Since the breakthrough release of Blue with his band Eiffel 65 in 1998, which sold over 8M copies and started their journey to winning the title of ‘Best Italian Artist in the World’ at the 2000 European Music Awards, Gabry Ponte has taken the world by storm.

The Grammy-nominated and Multi-Platinum producer has amassed over 2B streams on Spotify, become the Top 3 most streamed Italian artist in the world alongside the likes of Måneskin and Meduza, and landed the no. 61 spot on the infamous Top 100 DJs chart in 2014.

Known for adrenaline-boosting classics and motivating modern hits, Gabry Ponte has collaborated with the likes of R3HAB, Mike Williams, Sam Feldt, Timmy Trumpet, and Blasterjaxx and released on labels such as Ministry Of Sound, Polydor Records, and Virgin Records. Tracks such as Thunder and Monster with LUM!X have amassed over 346M and 260M Spotify streams respectively while collaboration with Timmy Trumpet Mad World has collected over 108M Spotify streams.

Meanwhile, singer-songwriter Alessandra contributes her haunting and infectious vocals to Dance Dance. Inspired by the likes of David Bowie and Kate Bush, the Stockholm native channels a theatrical and unique personality into hits such as All We Got with Robin Schulz and KIDDO that spent several weeks at no.1 at European radio and solo single Your River which has amassed over 1M Spotify streams. The artist has gathered over half a billion streams in total as a songwriter and has built a strong reputation penning ballads for other artists.

Now uniting for a breathtaking and refreshing pop dance juggernaut, Gabry Ponte and Alessandra are a potent combined force on one of this year’s most promising hits.

Featuring relentlessly catchy drops and rousing production that pairs beautifully with the powerful rawness of Alessandra’s voice, ‘Dance Dance’ is an anthem of freedom that inspires and energises.